Still batting zero in getting my opeds published. I thought this one was pretty timely. 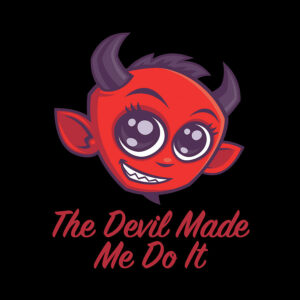 Even if the title seems nonsensical or blasphemous, it is a valid question. Whether or not “God” exists, some human being invented the word, “god,” or its equivalent in other languages. I can think of a few ways that this happened. One is as a neologism to explain something that was inexplicable, but important enough to require naming. I suspect this is how it happened because we know that early cultures showed signs of something we would call “god” or “gods.” Many natural phenomena would have appeared as mysterious because they lacked sufficient explanatory language that later, more literate cultures possessed.

Once the word or symbol for “god” was part of the vocabulary, other possibilities for the using the word would have arisen, most importantly, for establishing authority. The “god” of primitive cultures had to be inherently powerful and awesome to have been accepted as the cause of the mysteries. We find phrases akin to “god-fearing’ in early writings and can reasonably infer its presence in interpreting primitive rituals. A related possibility is that once the word has been stored in memory, it can be invoked to shed moral responsibility, arguing that whatever had been done had been ordained by “God.” For those who believed that whatever “God” ordained was always right, the existence of “bad” outcomes required some other explanation. Perhaps this was the source of “The Devil made me do it.”; the creation of another supernatural, powerful objects. Again, whether or not “God” exists, the word is now part of our vocabulary, and can be invoked in any utterance. The brain does not make an ontological distinction between the word “god’ and another object, like “tree.” But “god” is different in light of its origin; there is no object associated with it. God’s presence has never been confirmed, except by those few who have claimed to have seen or heard what they took as being “God.”

My thinking about “god” arose after reading an email I get regularly from Heather Cox Richardson, a sane voice in this unsettled world. While discussing the Judge Jackson’s Supreme Court confirmation hearings, Richardson raised this question: “So how do today’s Republicans square overturning these established [previously by the Supreme Court] rights with the fact that we live in a democracy, in which the majority should rule, so long as it does not crush a minority?” To answer her own question, she pointed to a speech former Attorney General William Barr gave at the University of Notre Dame in 2019, opposing a long-honored view of American democracy. She wrote, “ [Barr] argued that by “self-government,” the Framers did not mean the ability of people to vote for representatives of their choice. Rather, he said, they meant individual morality: the ability to govern oneself. And, since people are inherently wicked, that self-government requires the authority of a religion: Christianity.” In the same speech, Barr took issue with the First Amendment prohibiting the establishment of an “official” religion. Based on a misreading of Madison, he incorrectly claimed that the Framers believed, “that religion was indispensable to sustaining our free system of government.” Madison knew better. Establishing absolute God-given moral standards leaves no room for individual conscience—the process of questioning the moral correctness of one’s actions. Without that right to question the morality of actions presumably mandated by “God,” other inalienable rights would be endangered or lost.

The abuse of the word “God” seems to crop up everywhere these days. Richardson ended the article by pointing to another current newsworthy event, Ginni Thomas’s email interchange with Mark Meadows:

“This is a fight of good versus evil,” Trump’s chief of staff Mark Meadows wrote to Supreme Court Justice Clarence Thomas’s wife, Ginni, on November 24, 2020, in a text about overthrowing the will of the voters after Joe Biden had won the presidential election. . . Referring to Jesus Christ, Meadows continued: “Evil always looks like the victor until the King of Kings triumphs. Do not grow weary in well doing. The fight continues….”

When the word “God” or a synonym (e. g., King of Kings) is invoked outside of rituals designed for believers, it is an exercise of power or a claim of authority. Meadows’s utterance is a brazen attempt to cloak himself and others like him in the all-powerful authority of “God.” Meadows cannot know what is in “God’s” mind, nor who “God” is aiming to reward or punish. That, alone, is a very good reason why democracy, letting human beings figure out what is best for them, is a far more viable system of governance. We will and do make mistakes, but learn from them. Meadows and others who would invoke “God” as the ultimate authority have chosen to forget our species’ struggle to throw off the shackles of the Dark and Middle Ages when “God” was in command.