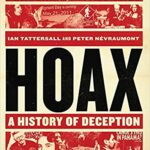 Amy Coney Barrett said in her Senate testimony that the Constitution has “the meaning that it had at the time people ratified it.” No. The Constitution Document and the words it contains have no meaning at all. A piece of text has as many possible meanings as there are people reading it. Only humans can create meaning from texts or spoken words. That is true of individual words and the sentences made from them. Much mischief has been done by conflating the written or spoken word with some inherent or essential meaning.

The founding document “doesn’t change over time,” Barrett said further, “and it isn’t up to me to update or infuse my own policy views into it.” Unfortunately for Judge Barrett and the rest of us, that is essentially what she does every time she renders an opinion from the bench. Leaving out the word “policy,” every reading of a piece of text, whether the Constitution or some piece of legislation, is based on the reader’s already established set of beliefs about what the words mean. And that is the result of the way the brain works. It has nothing to do with claims of objectivity or other protestations about being fair or unbiased.

Sentences on a piece of paper have no meaning. Nor do words traveling through the air. Meaning is added to the formal syntactical structure by the reader who takes in the words and ascribes some sort of meaning to them. The reader or listener is the only source of meaning. That is the fundamental reason that any form of originalism or textualism is merely another arbitrary opinion. No process can ever claim to uncover some inherent meaning because none ever exists in the written words.

Meaning is an ascription given to words by a reader, and is the result of a cognitive process that adds context and life back to the words, which lie dead on the page. Meaning is inherently contextual. We all are excruciatingly aware of the danger of taking words out of context, that is, someone else taking my words and my context-dependent meaning and replacing it with theirs. The result can be quite far from what was intended. Such errors can be minimized only when the originator of the words and the interpreter, more or less, share the same historical context, and is much more problematic when the utterance and the interpretation are separated in time or space.

In the interpretation of texts, no such contextual connection exists between the text and the interpreter. The text, itself is meaningless. Whatever meaning was intended evaporated the moment the words were inscribed. It doesn’t matter even if the words on the paper came directly from God. Their meaning is always and only somebody’s opinion. The Rabbi’s knew this and created a sort of Supreme Court where they debated endlessly what the Torah meant, creating the Talmud and a doctrine that the interpretation process never ends in some absolute truth or meaning. In the language of speech acts, textual interpretations are declarations. They create a new reality merely by speaking or writing the words down. When a judge declares, “You are guilty,” she has created a new reality for the person at the dock. Ultimately, the probative weight of a written or spoken statement is always and only a function of the writer’s or speaker’s authority, not of the words, per se.

We have always known that context is important in ascribing meaning; now new understanding about how the brain works helps explain why. Recent research on the brain, according to Iain McGilchrist, elaborated in, The Master and His Emissary, places meaning-giving processes in one brain hemisphere and languaging in the other. Meaning is created by the right hemisphere, which attends to and apprehends the world as contextually rich, holistic, alive, changing. Language is largely the domain of the left hemisphere, which contains and can only add distinctions that it has abstracted and gathered from past experiences.

Actions are the result of an interplay between the two hemisphere with the left offering up whatever concepts and beliefs, taken from its store of context-less abstractions gathered from past experience, enable the meaningful intentions of the right hemisphere to be enacted. All actions involve some sort of interpretation to convert the immediate scene into something meaningful so that the actor can sort through all of the beliefs and strategies that have been stored in the left-brain and pick the ones that appear to fit the situation. These are passed back to the right brain, which, then, puts the body into gear and what we then observe as actions ensue. The actual process is more complicated, but this explanation fairly captures it.

When the right-brain is the master, it retains an image (I use “image” as a metaphor for the actual process that goes on in the brain) of the context-rich world out there so that its actions are guided by the present world. It fits the punishment to the crime. The actions reflect what it is seeing. Empathy springs from the right brain because it picks up cues from the person out there and uses them to construct its actions. Such actions reflect the present contexts of both the actor and the outside world. A hug is a good example, reflecting some sense of what is going-on in both parties. The right may draw on previously abstracted information from the left, but only the right can provide the context that gives meaning to the subsequent act.

Reading text is different. The left brain is the master in these situations. The sentences that are apprehended by the right brain are simply lifeless scribbles on the page. The interpreter takes in the meaningless words and, as it always does, sends them to the left for help in making sense out of them. The left puts them back together into syntactical order and returns them to the right. But it does not and cannot provide any sense of meaning. Its processes can only utilize bits and pieces that have been taken out of the context of the experiences of the actor’s entire life and put into storage in the left brain hemisphere.

In a critical, meaning-giving step it sends the sentence back to the right-hemisphere, which adds context and creates some sort of meaning, but one that reflects both the interpreter’s history and present state. In a sense it hugs the text, but the hug has nothing to do with the words on the page. So much for textualism and the idea that meaning can be found on a piece of paper. Ultimately, meaning in interpretation always depends only on what the brain offers up, not on the words, per se.

The case against originalism reverses the argument. In the production of texts, the words always leave out aspects that were present contextually in the writer’s consciousness or apprehension of the immediate world at the time the words were spoken or written. Meaning is lost when the left-brain offers up the words it thinks best fit the intentions that the writer/speaker is holding in the right-brain. Moreover, meaning is lost forever because interpretation of that same text is inextricably bound to the particular history of the interpreter, making the recovery of some inherent, original meaning virtually impossible.

Finding original meaning in texts with multiple authors hides under another obscuring layer. Even if, perhaps especially when, a text is the consensus product of a group, for example, the US Constitution, it is a composite of the individual’s meaningful intentions. It was shaped by the contextual histories of all the framers, who we know represented a brand range of conflicting views. That it required a requisite, consensus-building or voting process is a tacit admission that the product was acceptable enough to pass muster, but certainly contained parts that did not convey the meaning intended by some of the framers. Even then, the same words on the page meant different thing to different contributors. So much for originalism, especially from documents, like the Constitution, prepared long ago by a group of writers.