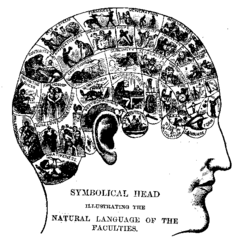 Behavioral economics is a new branch of economics that has emerged to explore the reasons people behave differently from the way standard economic theory says they would. And the theories being developed in this field have potential to help guide people’s actions toward some social norm. Reporting in Yale’s Environment 360, Richard Conniff writes:
> This new way of thinking about — and some would say manipulating — behavior is likely to be an important tool for addressing environmental issues over the next few years. Behavioral economics is the theory behind a variety of measures now being promoted by environmental groups, power companies, and green businesses — from smart meters for cutting electricity consumption to the use of social networks to promote weatherization.

Conniff continues later:
> That may include reshaping the central message of the environmental movement itself. “We know from a lot of psychological research that people are loss averse,” says Leiserowitz, “and the environmental community has done a terrific job of depicting the problem in terms of loss — endangered species, climate change, deforestation. The flip side is that the environmental community has been pretty bad at describing solutions, which often get framed in terms of loss as well: Get rid of your car, turn down the heat, get by with less. It’s disempowering. It makes people give up and do nothing.”
>
> Human nature demands a positive alternative, he says, like the British Transition Towns movement, in which residents of a community together devise a plan for greater resilience, and even happiness, in the face of climate change. For instance, Totnes, in Devon, uses its own currency to encourage reliance on local retailers, and has also developed community-wide campaigns for weatherization, energy-efficient lighting, tree-planting, and gardening. “Martin Luther King didn’t say ‘I have a nightmare,’” says Leiserowtiz. “He said, ‘I have a dream.’ And that’s what made people willing to put their bodies on the line, to bring that vision into being.”
>
> The basic lesson from the behavioral approach, Leiserowitz says, is that the environmental movement also needs to present a vision, to show people what a sustainable world could look like, and what we can do now to make it a reality.
It’s this last paragraph that caught my eye. Sustainability, at heart, is intimately tied to a positive vision of the world producing a set of conditions that we would agree are *good*. I use the metaphor, *flourishing*, to suggest just such conditions. I agree that the history of environmentalism is one of painting a picture largely depicting what is going wrong. This stance may have been essential in the early days of the movement when few people were paying much attention to the environment. This negativity underlies the basic critique in *[Break Through: From the Death of Environmentalism to the Politics of Possibility](http://www.amazon.com/Break-Through-Environmentalism-Politics-Possibility/dp/0618658254)*, Ted Nordhaus and Michael Shellenberg’s controversial critique on environmentalism as it has been conceived over the past few decades.
Leiserowitz, Nordhaus and Shellenberger, and others with the same criticism stop short of articulating such a vision. This failing may have its roots in their inability to transcend the present cultural beliefs about what is good and how to attain goodness. *[Sustainability by Design](http://www.johnehrenfeld.com/book.html)* recognizes this limitation and points to a radically different world view that can enable our society to realize the possibility mentioned in Nordhaus and Shellenberger’s book title.