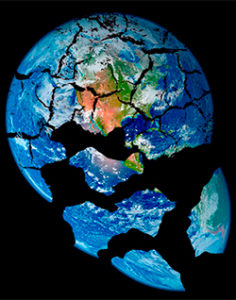 What can one say? Anything that is coming to mind to set down on paper seems too frail and inadequate to capture the moment. Each time I say to myself that we have hit bottom, something happens to deepen the trench we have become mired in. One thing, however, keeps cropping up. The criticality of recognizing the root causes of our various and interlinked messes. Let me pick just a few: covid-19, joblessness, racism, brutality, lies, poverty, obesity and on and on.

We have all the words we need to build a wonderful nation, so the fact that it is starting to fall apart does not lie in the language that has created the United States. None of these messes can be cleaned up by fixing the system in bits here and there. Defunding policemen will not change the conditions in which one human being dehumanizes another, whether in uniform or not, Hoping the clear skies that have come from isolation and the reduction in transportation will last is folly. Thinking we have conquered covid-19 because our numbers are dropping is silliness when the world is seeing the highest number of daily cases so far.

All of this is a failure to attend to the world in ways that appreciate and are attuned to the fact that we are all interconnected and part of a big, complex system that is sending signals of imminent danger every day. We have more or less completely forgotten or ignored the fact that we are merely animals that share a planetary ecosystem. Yes, we are different because our ecosystem includes all of the non-natural objects and institutions that we have amassed over the timespan of our species. But they are also there for all other creatures who, in almost all cases simply have to deal, mostly badly, with changes in their habitats and ecological niches.

The failure cannot simply be tied to our values and priorities, but, rather, to a deeper cause—the way we think. It may sound glib to trace our problems to a black or white distinction, but I do believe that is the case. Our deep-seated messes reflect an unbalance between right and left—not the ends of the political spectrum—but the opposing hemispheres of the brain. We have surrendered our brains to the left hemisphere, the side that demands control, and can only see the world in terms of lifeless, abstractions, and generalities. The right brain, the one that connects us to the real world of living people and a changing world, is being overpowered resulting in a failure to take care of our worlds, which are fourfold. We have to attend to the human world of individuals, our social world of all the institutions that make up our cultural world, the natural world that is our foundational life support system, and even the transcendent world that takes out of all those others from time to time.

These four worlds make up the ecosystem within which everything on Earth exists and depends on to survive within some homeostatic range, that is, conditions that maintain all species and, for humans, conditions deemed to be normatively desirable. We humans would like to live good, flourishing lives, but are not doing so in general today. We are dying of a plague that arrived by encroaching too closely to species best left to their own habitats. We failed to minimize its spread by thinking too much of ourselves (something the right brain always does) instead of taking care of others (something the right brain would have us do), like wearing masks. The way the US political economy has been rigged to funnel the flow of the wealth that is generated by the whole economy to the already wealthy rests on the same failure.

So is the racist thread that has become deeply woven into the fabric of our society a result of that unbalance. When the left dominates, human beings are seen only as abstract categories; their particular humanity disappears. When Jews, blacks, police, protesters, obesity, odd dress, headscarves, guns, or a zillion other symbolic appear in view, all the left brain sees is a lifeless avatar of the real person and whatever acts follow are based only on an already stored portfolio of responses. Prejudice is not something that represents anyone’s values or affect; it is a fundamental feature of our divided brains. We all store presuppositions about everything that we have become familiar through our own experience in action or through other forms of learning. To act differently in ways that account for the immediate scene requires that the right hemisphere intervene and demand that the person in the field of vision be treated as a unique human being. That requires that we stop and add enough context to our diminished image so as create a meaningful understanding and act in a caring way.

We can learn to do just that, but do have to learn because our western, modern culture in which we have become embedded in has already wired our brains to give the left dominance. It is essential to learn how to stop and place ourselves in the immediate context before we act. If we do not, we will not be able to do what we say, after the fact, we intended to do. And on a societal scale, the problems will persist and, even, worsen.

It is inherent in being a human being to have prejudices, but that does not guarantee we will always act out of some always already embedded routine. And it is a mistake to think that prejudicial acts come from “bad” people. Much of our life is spent inside of institutions where the routine actions arising from the left brain are essential. The difference, here, is that the context that surrounds all actions is relatively fixed and our embedded routines already reflect that.

Change in behaviors will come only after actors learn how to process problematic situations through a cooperative balance of the two hemispheres. And societal change will come only after the new generations are taught and socialized, from the outset, to think differently. Brains are dynamic, living organs and are rewired constantly to reflect one’s experience. Education really matters. In a sense, old dogs cannot learn new tricks, except through lots and lots of practice. If we do not focus on those who still have a lot of plasticity in their brains, while we retrain the rest of us to stop and reflectivity think about taking care of whatever is within our immediate ambit, we are pretty much destined to face the kinds of messes we encounter today. All this applies to all of the worlds we are part of.

One Reply to “To Change This Broken World, Stop and Learn How to Think About It”