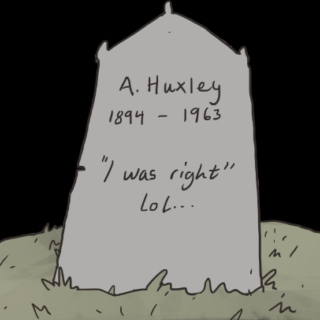 Every two weeks, my wife and I go to a movie club on Sunday mornings where we get to see a film that is about to be released. We have seen a number of Oscar winners over the years. Most are fiction of some sort, but we do watch documentaries on occasions. Today was one of those occasions. And the film today deserves special treatment.

Entitled, “Human Nature,” it tells the story of CRISPR, the agent that is being widely used to modify genes in all sorts of organisms, including human beings. As a cinematographic work, it is extremely well done. But as a presentation of the issues that surround the use of this biologic wonder, it falls short. I find at least two big problems with it.

The first is the failure to give the practical downside of the use of CRISPR equal billing with all the possibilities to offers. Related to this is the complete omission of an alternate process, zinc finger nucleases (ZFN), that can do what CRISPR can, but without some of its side-effects. The film makes a big deal of the possibility of curing genetic diseases, like sickle cell anemia, showcasing an extraordinary sufferer, but neglects to mention that some medical trials using ZFN are quite far along with promising results. ZFN does not result in the off-target side-effects that accompany the use of CRISPR.

Here’s what a highly knowledgeable friend, who was at the film, wrote to me afterwards.

It’s curious that an audience can view this film and not know that genes are regulated in the animal kingdom by zincfinger proteins and that almost 10% of the human genome is devoted to specifying ZFNs. The graphics showing replication and repair of errors in DNA were effective. What wasn’t made clear is that zincfinger proteins and not CRISPRs (or TALENs) is the biochemical mechanism that has evolved for repairing and regulating DNA in animal cells. The financial press touts Doudna and Charpentier as potential Nobel prize winners. Aaron Klug, who learned x-ray crystallography in Rosalind Franklin’s lab, won the Nobel Prize in Medicine or Physiology for the work that led to the characterization of zincfinger proteins and their role with respect to DNA. CRISPR is very well suited to research but is essentially precluded at the present time from human therapeutics, primarily because the problem of off-target cutting (which was briefly mentioned in the documentary) is still unsolved. George Church, Jennifer Doudna and Feng Zhang, of the Broad Institute [who were featured in the film] have all said that at one time or another. Other problems that are emerging form CRISPR is that that human immunity to the CAS protein, which comes from staphylococcal bacteria, may be ubiquitous and another serious hurdle for the use CRISPR-Cas in humans. Another recent finding and troubling finding is that CRISPR-Cas works best in cells with mutations in the gene P53, which predisposes those cells to malignant change. CRISPR-Cas is much less effective in healthy cells with good repair systems (non-mutated P53).

The second is the failure to carefully separate the ethical issues about its use on individuals suffering from some genetic-derived disease from those associated with its use to modify the sperm or ova to alter potential offspring. The difference is enormous. I found the way they were discussed diminishes the huge ethical problems in using CRISPR or any genetic modifying scheme to alter the germ cells. The issues in using these methods to “cure” diseases in individuals is largely about side-effects–the possibility that other undesirable genetic changes may occur. The positive potential, to cure diseases like Alzheimer’s, AIDS, MS, and others, is no different than that associated with any drug or treatment. The use of the word, progress, to describe this potential seems warranted.

The use to alter the genes of an embryo is fundamentally different. The changes are heritable and will be passed on to future generations. But is this any kind of “progress?” Despite some differences in presenting these two aspects of gene editing, I found a lack of sensitivity among the various speakers in the film regarding this side of gene editing. The wonders of CRISPR overshadowed any serious debate about the ethics of its use to “design” babies. I left with a sense that the film accepted the inevitability of its use in this way.

The film was dived into six or so segments. The one on germ cell modification had a title something like “Are we playing God?” More realistically, it should have been called, “Are we upsetting evolution?” The film began with a clever shot of the Grand Canyon or a similar place where the exposed strata record billions of years of evolution. The time humans have existed is recorded in the topmost few microns, that is, in units of one millionth of a meter, infinitesimal compared to the roughly mile depth of the Grand Canyon. According to Darwin, we are what we are, genetically, as the result of naturally occurring variations that miraculously allowed our species to develop from primordial microorganisms to primitive hominid forms and, finally, to what we are today.

Leaving God or some “intelligent designer” out of the picture to maintain the randomness or the lack of deliberate intent of the process, any use of gene modification to change the germ cells of humans or of any organism is to deliberately interfere in the same evolutionary process that made us in the first place. Humans have been doing this to plant life for a long time, perhaps, from the very beginning of the cultured use of plants in what we now call agriculture. More recently, humans altered the genes of animals. Historically this was done by hybridization, mixing the germ cells of closely related species. The ethics of this deliberate intervention into evolution never seriously threatened the practice.

Since we have been able to decode the genome of all sorts of species, it becomes possible, in theory, to make tailored modifications to produce some desired change in the nature of the resultant organism. In addition, the uncertainty associated with hybridization has become very low. It is now possible to insert genes from one species into another, producing all sorts of “unnatural” outcomes–unnatural in the sense of normal evolutionary processes.

Let stop here and state, I am not arguing that it is wrong to skirt evolution, but is a very different way to make life happen, and for that reason alone, we should be careful in how we use this new power. I do not intend to argue the ethical issues of genetic alteration here, but need to make this statement as part of my criticism of the film. Given that the thrust of the film was to discuss the new powers available from the use of CRISPR, I think the discussion of the ethics of its use was underwhelming. One of the several ethicists who spoke was surprisingly cavalier about its potential. I left asking myself, I admit cynically, wondering where the money for the film came from.

Several of the scientists in the film spoke of the progress associated with this new wonder. Admittedly, curing diseases would be progressive as long as the same concerns we give to drug development in general for efficacy and safety were met. But is the generation of what are virtually new species or distinct subspecies any form of progress? GMOs are arguably more efficient, as stated in the film, but is efficiency, by itself, a sign of progress. It may be in utilitarian frameworks, but, inspire of their hegemony in our modern culture, they are only one of several ways to examine ethics. The flyer for the film ended with this: “How will this new power change our relationship with nature? What will it mean for human evolution? To begin to answer these questions we must look back billions of years and peer into an uncertain future.” I completely agree, but fault the film for its failure to even begin to do this.

Finally, in response to the potential for extending the human life span with its direct result of adding to the Earth’s population, already pressuring the Planet’s ability to sustain itself and its living species, the film casually spoke of planetary exploration and inhabitation. This is truly science fiction. Even if possible, it is merely a good example of what systems dynamicists call “shifting-the-burden,” that is, relying on technological fixes to the symptoms of a problem while turning a blind eye to its causes, thus letting the problem continue to linger or, even, to grow. Unfortunately, this describes almost all “solutions” to global warming and climate change.

Coda: An article in the November issue of Atlantic contains a story about Jeff Bezos, now the world’s richest person. He, too, offers space exploration as the answer to the limits now facing life on Earth. Here’s is another case, in spades, of shifting-the-burden. If you are rich enough, you can engage in such idle thoughts. Here’s a bit from The Atlantic article.

He considers the work so important because the threat it aims to counter is so grave. What worries Bezos is that in the coming generations the planet’s growing energy demands will outstrip its limited supply. The danger, he says, “is not necessarily extinction,” but stasis: “We will have to stop growing, which I think is a very bad future.” While others might fret that climate change will soon make the planet uninhabitable, the billionaire wrings his hands over the prospects of diminished growth. But the scenario he describes is indeed grim. Without enough energy to go around, rationing and starvation will ensue. Over the years, Bezos has made himself inaccessible to journalists asking questions about Amazon. But he shares his faith in space colonization with a preacher’s zeal: “We have to go to space to save Earth.”

I disagree. There are many other ways. Only the very rich can ignore them.