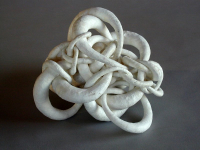 The next property in the list of ten is: **4. There is no immediate and no ultimate test of a solution to a wicked problem**. This property follows from the general characteristics of complexity. These systems include many interlinked feedback loops and delays. Any designed perturbation must work its way through the system, a process which may take a significant time to show up. Rittel and Webber say,
> With wicked problems . . . after being implemented, will generate waves of consequences over an extended–virtually an unbounded–period of time. Moreover, the next day’s consequences of the solution may yield utterly undesirable repercussions which outweigh the intended advantages or the advantages accomplished hitherto. In such cases, one would have been better off if the plan had never been carried out.
The implications of this feature to the agents acting to produce some desired change are obvious. The system being governed (not managed) demands continuous monitoring by those agents or others who have been made responsible for observing the system behavior. They must watch carefully for signs of success as well as signs of unintended consequences. These latter results should never be called side-effects, a term that suggests that they are minor contrasted to the intentions. They are just as much a result of the actions taken as those outcomes that were intended.
The efforts of individual actors intended to produce “sustainability” must therefore be viewed with suspicion. This suspicion has nothing fundamental to do with the intentions of these actors, but with the nature of the problems they purport to address. As I often write, what most business, government, and individual actors act to change is the unsustainable predicted course of the Earth system. Unsustainability is a constellation of problems, the scope of which are to be addressed depends on the actors’ choice of arena for action. When these problems, like too much greenhouse gas emissions, are separated from the constellation of problems, they look like ‘tame” problems (albeit complicated ones), amenable to distinctive solutions. Tame solutions are like more efficient energy technology will solve this one, or geo-engineering to increase the Earth’s albedo will allow us to keep doing what we have been doing.
Green or sustainable business practices assume that the results on the system are proportional to their contributions to any reduction in emissions or use of nonrenewable resources. If the problems were truly tame, this might be approximately true, but the problems they are addressing are wicked. Every green solution introduces changes to the system that are either not known to the actors or deemed to be independent of their actions. Buying green products and engaging in green practices, like recycling, can blind the consumer to other unsustainable practices that must be altered. They tend to follow their buying and consuming habits without paying attention to changes in the affected areas they assume they are alleviating. Even if they did, they would not be able to connect all the dots since the effect of their actions is delayed in time and may exacerbate other problem areas.
This property (and others) of wicked problems argues strongly for some sort of coordinated approach where the responsible institution(s) is (are) not only charged with developing the governance strategy but also with monitoring the results. Even though they will not be able to discern the immediate impact, they will have a much better chance for understanding the nature of the problems and how the system responds to deliberate changes. Counting on the intrinsically uncoordinated “free” market coupled with technological innovation to shift from the unsustainable trajectory we are now on to one with possibility for flourishing (sustainability) is folly or worse. Not only does that approach, which is now the framework of choice in the US and much of the rest of the world, completely ignore the wickedness of these problems, it delays any real effort to construct a meaningful attack. Unless there is a swift awakening to the nature and magnitude of the wicked problems of sustainability, there will be no possibility of winning the future, using President Obama’s clumsy metaphor.