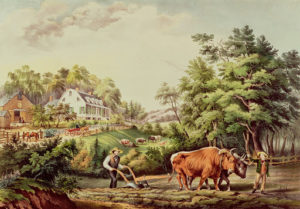 Some week ago, I pointed to the right/left dichotomy in the seminal book by Thomas Kuhn. In The Structure of Scientific Revolutions, he distinguishes between normal and “revolutionary events”. Normal science is what scientists do all the time. Every normal science investigation tries to add a little more knowledge, but always within what Kuhn called the paradigm. Paradigms are accepted theories, models, and methods that can stand up to peer review. Revolutionary events are paradigm-changing moments that occur when the current paradigm, say Newtonian mechanics, cannot explain some observation. Most of the time the inquirer gives up and moves on. Occasionally, according to Kuhn. the scientist leaps over the bounds of the current paradigm, and develops an entirely new and distinct theory or model that brings forth an explanation that is eventually accepted by the peer group and adds a new paradigm to the basket of already existing ones.

In terms of McGilchrist’s divided brain model (itself a new paradigm, perhaps), normal science proceeds as a primarily left-brain dominated activity. Whatever the right brain gathers from the work is sent to the left where it is processed according to the existing set of rules, theories, or models already stored there. If the models produce a satisfactory result, they are then reported back in the normal, usual manner. But if not and if the inquirer is determined to continue seeking an answer, the right brain comes back into play, using its creative powers of imagination to make sense of whatever had been observed. On some occasions, the process works: a new sense emerges and a paradigm is born. Kekulé’s vision of the benzene ring-shaped molecule as a hexagon of entwined snakes is a classic example as is Galileo’s heliocentric planetary model.

I noticed another interesting case of the dichotomy in the works of Wendell Berry, a noted contemporary essayist, poet, and novelist. Berry writes extensively about the land and agrarianism as a more benign alternative to the modern industrial, capitalist political economy. I am teaching a course, based on his essays and those of Aldo Leopold (another essayist who also wrote about the land). Berry basically contrasts the Earth system and all of its interconnections and processes (the Great Economy) to the human economy within it (the little economy). Agrarianism is a way of living in harmony within the former system.

Without trying to tie them to specific places in his texts, here are some of the left/right dichotomies I found. I will use “G” and “L” to identify which goes with which and, in some cases, substitute my words for his treatment. Nurture/care (G) v exploitation/control (L); particular/local (G) v abstract/global (L); pragmatic/experiential learning (G) v reductionist/positivist knowledge (L); whole/connected/community (G) v separate/part/individual (L); and place/rooted (G) v space/occupied/transient (L).

These pairs line up precisely with the characteristic ways of attending to the world that McGilchrist presents, with “G” corresponding to the right side and “L” to the left. I have elaborated on this in earlier blogs (search with “brain” or “McGilchrist”) and in my latest book. Or go to the source: McGilchrist’s book, The Master and his Emissary (heavy reading) or his much shorter summary, Ways of Attending (easy-going).