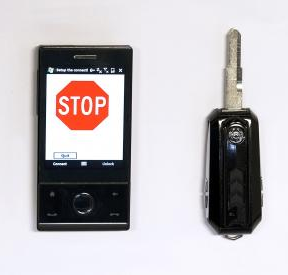 The headline of this post is the title of a book by Edward Tenner with the subtitle, Technology and the Revenge of Unintended Consequences. This theme runs through my book. While driving today, I heard a story on NPR about a device that will prevent texting while driving. Distractive driving has become endemic especially among younger drivers, and has become a major source of automobile accidents. Many states have passed laws making texting while driving illegal.
> A nationwide survey this year showed an estimated 45 percent of drivers 30 or younger are sending or receiving texts behind the wheel. Teens call it “driving while intexticated.”
The story, which can be [found at the NPR website](http://www.npr.org/templates/story/story.php?storyId=113132868), centers on a teenager that had a serious accident caused by texting following by a second one within a year for the same reason. She found the addictive habit that texting can become too difficult to break. Other young drivers provide similar testimony to the problem.
> “I tried really, really hard not to,” Terry says. “Then it got to the point where I would do it only once every 5 minutes. I would rarely do it — it got to the point where when I was alone in the car, I would do it,” she says. “I don’t know — it’s just so addicting, I just can’t put it down.”
The second part of the story is about a device called “[Key2SafeDriving](http://www.safedrivingsystems.com/)” that can be installed in a vehicle. The device deactivates the cellphone when the car is started. The developers recognized that addicts will do almost anything to feed the habit so they added a feature that signals the parents (or other responsible party) if the driver attempts to bypass the system. Ironically this message is sent as text.
Addiction is the result of deep feelings of emptiness, stress, or the sense that something is missing. Texting, like the consumption of alcohol, is an attempt to fill the hole or stop the pain. Creating one technological remedy to counteract the effects of another is surely not addressing the real concern of the thumb-happy texters. Prohibition did not stop alcoholics. Taking away cellphones or deactivating them will not stop these young people from acting out their concerns. Rather than celebrate the technological inventiveness that produces a “solution” to the unintended consequences of addictive patterns of consumption whether it be alcohol or texting, let’s dig much deeper, uncover the root causes of this unsustainable behavior, and focus there. The solution will be found somewhere in a web of human relationships that has become dysfunctional. Are we now going to add texting to the ever-growing family of addiction rehabilitation programs that treat alcohol, drugs, and even shopping, which has its own name, omniomania?